In layman’s terms a fuel injector is a nozzle that has fuel forced through it, producing a fine spray pattern for use in the engine. Unfortunately fuel injectors can become clogged with fuel residues created by the evaporation of fuel in the injector nozzle when the engine is stopped. The build-up is described like a hard varnish and the more frequently the engine stops, the quicker the build-up accumulates. Eventually the accumulation disrupts the spray pattern, causing the engine to run lean, and ultimately block the injectors. Initial signs of blockage are, drivability problems like engine misfires, flat spots and hesitations.

Now, it’s true that many fuels can contain detergents that are supposed to clean fuel systems and injectors, but there is a limit to what they can do. Many mechanical workshops recommend using injector cleaner / fuel additives. Not only for their cleaning benefit in a preventive manner, but for some of their other great features like reducing fuel consumption and increased horsepower.

There is a lot of debate in the industry to whether DIY Injector Cleaners really work, and sometimes the only measure will be that you think the car goes better. Pro-ma Fuel Additives are scientifically proven to work with certified testing completed in Australia.

Pro-ma Performance Products have a range of three products. They all 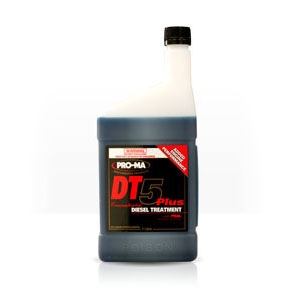 Pro-ma DT5 Plus Diesel Treatment is used in automotive, marine and stationary engines, at home and  large commercial and industrial enterprises. It is a highly concentrated formula that when used consistently is scientifically proven to reduce fuel consumption, reduce exhaust smoke and sludge, clean fuel injectors,  increase horsepower and many other great features. 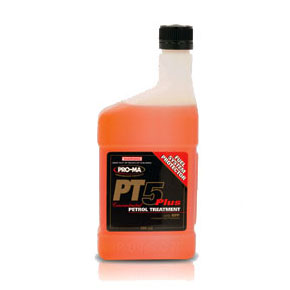 Pro-ma PT5 Plus Petrol Treatment can be used in all 2-stroke and 4-stroke petrol engines from weedeaters, outboard motors, motorcycles and cars to the largest petrol engines.  When used consistently it can reduce carbon monoxide emissions by up to 50%, and unburnt hydrocarbon by up to 75%, it also decreases fuel consumptions, increases horsepower, and many other great features 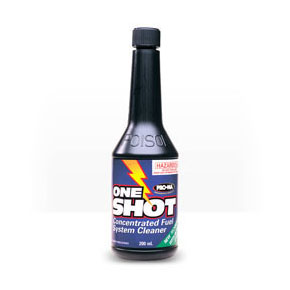 Pro-ma One Shot Injector and Fuel System Cleaner is a turbo charged petrol treatment that is based on PT5 Plus Petrol Treatment. Used every fourth tank refill it cleans as you drive, improves fuel economy, reduces exhaust emissions and restores lost power, plus many other great features